English Ivy is a lovely evergreen perennial with shiny foliage. They look great as ground covers and in hanging baskets. Identifying an English Ivy can be a little confusing because many plants have the same lobe-shaped leaves.

Most Ivy varieties look similar to English Ivy, for example, Wax Ivy, Swedish Ivy, Irish Ivy, and Grape Ivy. Other plants that look like English Ivy are Creeping fig, Virginia Creeper, Cupid Peperomia, etc. The leaf sizes might not match, but the shapes, patterns, and colors are similar.

This article will share some plants that look like the English Ivy. Some match the color pattern and design. Along with that, we will also share care tips for the individual plants in brief.

A brief about English Ivy

English Ivy plants are native to Europe and Western Asia and grow widely in America.

You may even use a trellis to decorate your interior or garden with these climbers.

Caring for English Ivy can be a bit dangerous because they cause infection, and ingestion can be risky.

Keep the plant in a position where pets and children can’t reach it and while dealing with them, be cautious.

Maintain warm temperatures between 70-90°F and medium to high humidity.

Since the plant has climbing and spreading habits, prune them in early spring to keep them in shape.

Though the requirements give a hint that the plant is a houseplant, you can grow them outdoors if you control and maintain the surrounding environment as per the plant’s needs.

The leaves of English Ivy are lobe-shaped, with dark green color and bright visible veins.

A lot of plants have the same color and pattern.

That is why many people confuse English Ivy with those plants.

Most of the Ivy varieties have the same colors and patterns.

Let’s have a look at some look-alikes of English Ivy.

Here is a list of plants with similar patterns and leaf shapes.

You might get confused when you first spot the plant.

But don’t worry, as I will explain how you can differentiate them.

Wax Ivy is a lovely trailing plant with succulent-like stems and waxy leaves.

Their leaves are lobe-shaped with bright veins and edges just like that of English Ivy.

Due to this, a lot of people mistake Wax Ivy for English Ivy.

The leaves of Wax Ivy are more waxy and smooth compared to the English Ivy.

The plant is very drought-tolerant and can survive under the full sun.

So, they are ideal for both indoor and outdoor planting.

Water only when the soil has dried and fed them rarely and annually.

Looking for a readymade indoor plant soil mix that you can open and pour? Check out rePotme. They offer a wide range of readymade soil premixes for all your indoor plants.

The leaves are round in shape with green color and bright white edges.

The color of the leaves is the same as the English Ivy.

That is why a lot of people get confused between the two.

But, the shape of the leaves in English Ivy is lobe-shaped, and Swedish Ivy is round and slightly tooth-shaped.

So, here lies the difference.

These plants are easy to grow and make a great choice for hanging baskets.

The leaves of these plants resemble the English Ivy only a little bit.

These leaves are also lobe-shaped but are larger and glossier than the English Ivy.

Differentiating them is not very difficult. Grape Ivy has serrated edges, but English Ivy doesn’t.

Only the pointed leaf tips and the lobe shape make them look like English Ivy.

Grape Ivy thrives best under the filtered sun but can survive the full sun.

You have to adjust the watering according to the light.

The more light you give, the more water it will need.

Peperomia is a succulent with heart-shaped leaves.

But, you may get confused with English Ivy due to the color combination of the leaves and growth pattern.

The English Ivy has a habit of spreading and trailing, and so does Peperomia.

Both of them have vines.

And both of their leaves have creamy white or gold color at the leaf edges.

So, this similarity makes them look identical to each other.

But, you can differentiate from the leaf size. Peperomia is heart-shaped, and English Ivy is lobe-shaped.

Another Ivy that resembles English Ivy is Cape Ivy or German Ivy.

Lush green leaves with lobe shapes are the same as English Ivy.

Since both of them are Ivy varieties, people sometimes tend to confuse the both.

The difference is in the lobe shapes.

The plant is drought-tolerant and can produce scented flowers if given direct sunlight.

Another difference is in color.

The leaves are a bit bigger than English Ivy.

Water the plant when the top 2 inches have dried and plant in well-drained soil.

Maintain room temperature and household humidity around them.

Feed the plant regularly throughout the growing season.

Their lobe shapes and color make Ellen Danica a look-alike of English Ivy.

Another situation where they resemble English Ivy is their dark green color, thin stems, and their trailing habit.

Their spreading habit and their vines will make them ideal for hanging baskets.

If you wish to grow them, keep them near filtered sunlight.

Let the soil dry before watering, use a weak fertilizer during summer, and maintain normal household humidity.

Their glossy dark green leaves with lobe shapes and serrated edges make them a perfect alternative for English Ivy.

Due to the leaf shapes, you can mistake Ivy Geranium for English Ivy.

The place of difference also comes in the leaves.

The leaves of Ivy geraniums are more serrated than English Ivy.

While growing these geraniums, you will witness colorful flowers at your home.

The plant will only flower if it receives full sun. For this reason, you can grow them outdoors.

Plant them in sandy or loamy soil, water them only when the soil dries, and feed them lightly.

The leaves of these plants look like Swedish Ivy as both have slightly round shapes and are not lobed.

They have dark green leaves and slightly toothed edges with cream-colored margins.

Due to the color, many people confuse creeping fig with English Ivy.

Besides, the spreading and trailing habits of both plants almost look similar.

Water the plant regularly, allowing the soil to dry, and plant them in well-drained soils.

Make sure the surrounding have warm temperatures and are slightly above the average humidity levels.

Despite having such indoor environmental preferences, you can grow Creeping fig outdoors, provided you control the environment. 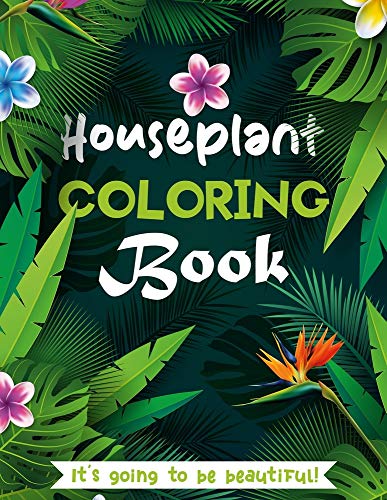 Another look-alike of English Ivy from the Ivy family is Irish Ivy.

The leaves of Irish Ivy are lobe-shaped and dark green with white veins.

These two are almost similar in appearance.

For differentiating, you have to look closely at the leaves.

The leaves of Irish Ivy are longer than English Ivy.

Irish Ivy leaves don’t have any white or cream edges, but some English Ivy varieties have such margins.

To care for the plant, give them filtered light, plant in well-drained soil, and water when it has dried.

Another look-alike of English Ivy is Persian Ivy.

They have the same dark green leaves and bright green veins.

Since both have the same leaf colors, patterns, and growth habits, people tend to confuse both.

But they don’t have any white or cream margins. Here is where you differentiate.

Another thing is that Persian Ivy leaves are bigger than English Ivy leaves.

But the tips are slightly pointed, like love-shaped leaves.

Keep them near the filtered sun and feed them once a month during the growing seasons.

The leaves of Virginia Creeper are dark green and slightly serrated.

The leaves are longer in size and non-lobed.

Their vining habits and leaves make them look alike to English Ivy.

The leaves of English Ivy are lobe-shaped, resembling three-leaf Ivy.

The same look is for Virginia Creeper. It is non-lobed, but they are five-leaved Ivy.

From a distance, the five-leaf togetherness gives a lobe shape to the leaves.

You have to notice the leaves closely to differentiate the two.

Though the plant will have its best colors under the full sun, some amount of partial shade is fine.

Plant Virginia Creeper in well-drained soil and water them regularly throughout the growing seasons.

The leaves of Schefflera plants have a green base splashed with cream-gold colors. This color combination makes them similar to English Ivy.

But, differentiation is easy. English Ivy leaves are smaller than Schefflera, and the latter is non-lobed, unlike the former.

It is the leaf color combination for which most people confuse them.

Since it is a tropical plant, you should create warm temperatures and high humidity around them.

All of them resemble English Ivy in some situations. Some have the same color patterns, and some have the same leaf shapes and patterns for which they are difficult to differentiate at first glance.

A common reason why English Ivy and these plants are tough to identify is their growth habit. They all have climbing or trailing growth habits, and all are vines.

Due to their vines, you can grow them in hanging baskets or in the garden. Though most thrive under filtered sunlight, you may add some full sun lovers to grow them as ground covers. You can also decorate your garden with these plants using a trellis.

Welcome to SimplifyPlants.com. My name is Richa and I am here to simplify all your houseplants problems and get you a healthy and thriving plant that adds to the beauty of your home.